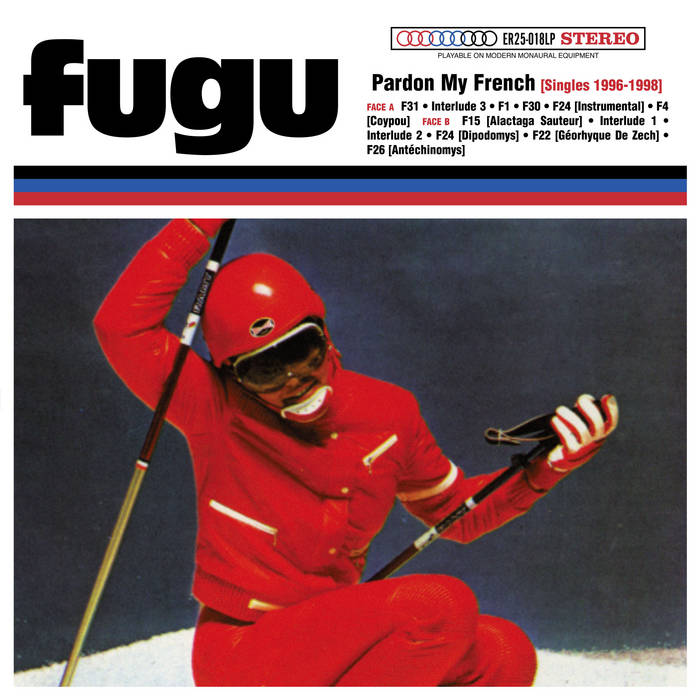 One of the most sought-after Singles from Elefant Records was that one that Mehdi Zannad released in 1998. Bob Stanley (SAINT ETIENNE) named it Single of the year, after a Split Single with STEREOLAB and before a Split with SAINT ETIENNE themselves. This release helped place FUGU among the names of reference for lovers of cult pop, and veteran collectors.

Because of all of this, and because of the recent appearance of his marvelous album as THE LAST DETAIL with Erin Moran of A GIRL CALLED EDDY, we wanted one of the last releases that we included in our collection of reissues in honor of Elefant Records’ 25th anniversary to be this Single, which we are releasing with all kinds of incredible extras. And, the Single has become a Mini-LP with 12 songs including, in addition to the ones that were originally on the famous Single (“F31”, “Interlude 3” and “F1”), we are adding the ones that were on the Split Single with STEREOLAB (“F30” and “F24 (Instrumental)”), named one of the 50 best Singles that year by Les Inrockuptibles, as well as the songs from the EP he released on Semantic in 1996: “F24 (Dipodomys)”, “F4 (Coypou)”, “F15 (Alactaga Sauteur)”, “Interlude 1”, “Interlude 2”, “F22 (Géorhyque De Zech)” and “F26 (Antéchinomys)”.

Bandcamp Daily  your guide to the world of Bandcamp